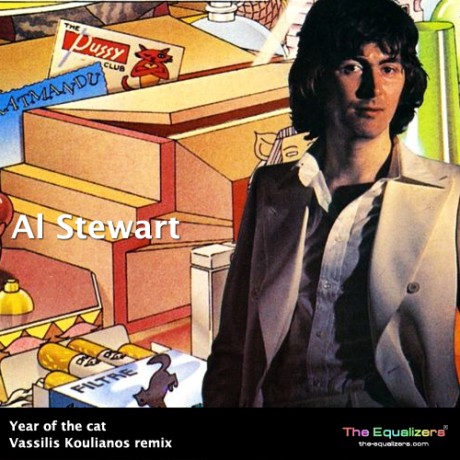 After a long period of listening to this song with Paul Antony I decided to make a remix of this historical classic song! “Vassilis Koulianos, The Equalizers”

Apart from that many of our followers demanded this remix in it’s vocal edit. Unfortunately finding Al’s acapella was impossible but thanks to cover versions we managed to make and extraordinary vocal mix of the song.

Year of the Cat is the seventh studio album by Al Stewart, released in 1976 and engineered by Alan Parsons. It is considered his masterpiece, its sales helped by the hit single “Year of the Cat,” “one of those “mysterious woman” songs, co-written by Peter Wood.

The most amazing fact about this album is that Stewart had all of the music and orchestration written and completely recorded before he even had a title of any of the songs. He mentioned, in a Canadian radio interview, that he has done this for 6 of his albums, and he often writes 4 different sets of lyrics for each song. The hit single Year of the Cat was originally going to be about a British comic who had committed suicide, but this was vetoed by his record company.