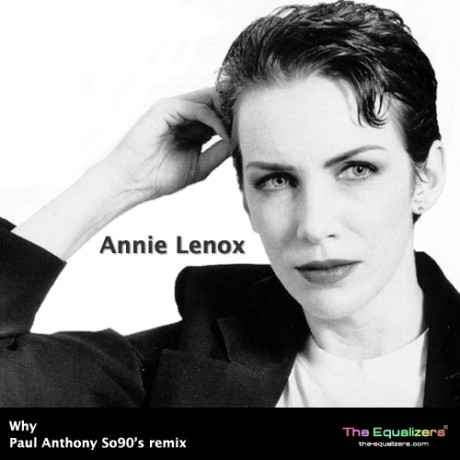 Annie Lennox’s first solo success, ‘Why’ is now reworked with freestyle rhythms and a dynamic bassline which inspired me to fresh up the hit of the wonderful singer of Eurythmics… “Paul Antony, The Equalizers:

“Why” is the first solo single by the Scottish singer Annie Lennox, released in 1992. It was taken from her debut solo album Diva and reached no.5 in the United Kingdom and number thirty-four on the U.S. Billboard Hot 100.

The single also reached no.6 on the U.S. Adult Contemporary chart. The music video won Lennox an award for Best Female Video at the 1992 MTV Video Music Awards.