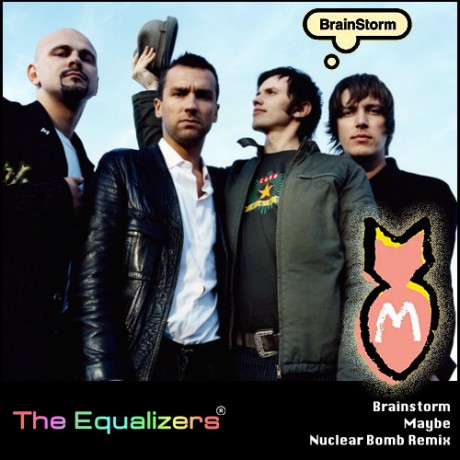 After releasing this in our Mixtape #002 it was time to hear this chillout version of Brainstorm’s Maybe exclusively here. The Equalizers are returning to their chillout moods after a long time with this remix.

Brainstorm Bio:
Brainstorm is a Latvian pop/rock band. The band became popular internationally in 2000, when they finished third in the Eurovision Song Contest 2000 with the song “My Star”. Considered as the greatest Latvian popular culture act ever.
The band was formed in the summer of 1989 in Jelgava, Latvia by four former classmates – Renārs Kaupers, Jānis Jubalts, Gundars Mauševics and Kaspars Roga. Soon after, their classmate Māris Mihelsons also joined the band.
In September 1992 Brainstorm released their first single “Jo tu nāc” (Because You Come) and finished 9th in the Latvian popular music contest, the “Michrophones” questionnaire. After this came their first album, Vairāk nekā skaļi (More than Loud) 1993. The main single from that album is “Ziema” (Winter), which has also a video.
<- read more on wikipedia ->