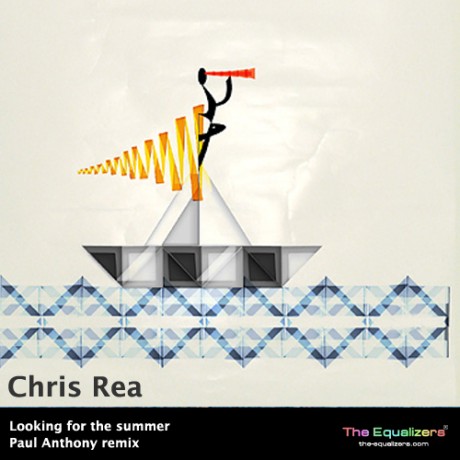 Looking for the summer is known from Chris Rea’s album Auberge (a French word meaning “inn”), released in 1991. The album as well as the title song was mostly notable for the association of the Caterham Super Seven that he owned, in which he called it the “Blue Seven”. That car appeared on the album cover, illustrated in oil by renowned motoring artist Alan Fearnley.

The album makes several reference to the car over several tracks, as well on the video of the title song and its cover illustration was used for its adverts. In 2005, Rea sold his car in an auction.

Auberge was a #1 album in the UK in 1991. The title track also gave Rea one of his biggest chart hits, reaching #16 in the UK charts. The greatest hits have become the tracks: “You My Love”, Looking for the Summer”, and “Auberge”.