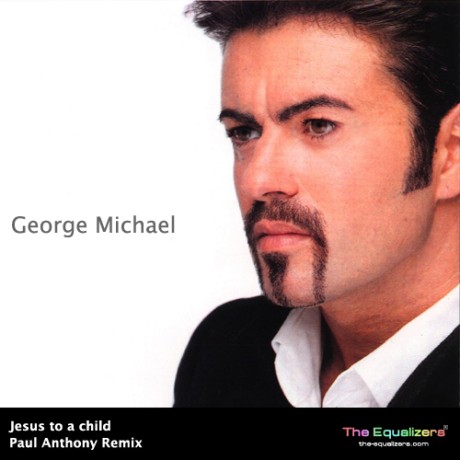 The song was Michael’s first self-penned hit in his homeland for almost four years and entered the UK Singles Chart straight at #1 in January 1996. It became his first solo single to enter the UK charts at the top, his first solo #1 from a studio album (all his previous solo #1s had been one-off projects, either during the Wham! years or as a guest or co-vocalist) and, on the Billboard Hot 100 in the USA, it became the highest new entry (#7) by a British artist for more than 25 years. It was also Michael’s longest UK Top 40 single at almost seven minutes long.

The song was a melancholy tribute to Michael’s Brazilian lover Anselmo Feleppa, whom he met when performing in Rio de Janeiro in 1991. Feleppa died two years later from an AIDS-related brain haemorrhage. Michael had been unable to write for the next 18 months as a consequence of his grief, but then penned the words to “Jesus to a Child” in little more than an hour, indicating that the time was right to move on with his life. The song is written with a rhythm and harmony that is clearly influenced by the Brazilian bossa nova style.

The exact identity of the song’s subject—and the nature of their relationship—was cause for a certain amount of innuendo at the time, as Michael had not confirmed his homosexuality and did not do so until 1998. Nowadays, Michael consistently dedicates the song to Feleppa before performing it live.

“Jesus to a Child” was the first of six singles from the album Older. It was Michael’s sixth UK #1 under his solo name, although only the third as an entirely solo performer. Toše Proeski covered this song during his concerts and in his 2011 album So Ljubav ot Tose.