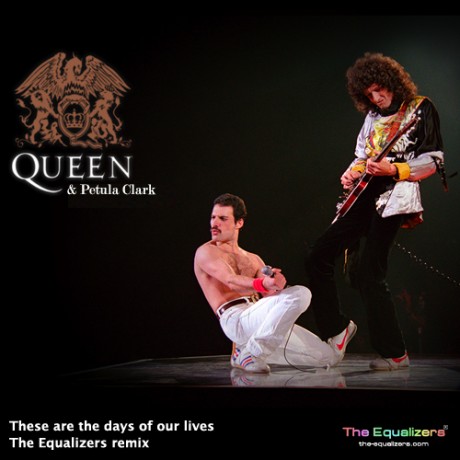 The remix is made with a lot of emotion for this loving track which was one of the last songs performed by Freddie. Unfortunately there is no acapella version so we used Petula Clark’s vocals instead.

“These Are the Days of Our Lives” is a song by English rock band Queen. It was written largely by their drummer Roger Taylor, and is the eighth track on the band’s 1991 album Innuendo. Keyboards were programmed by the four band members in the studio, and conga percussion (a synthesised conga) was recorded by their producer David Richards (although it was mimed in the video by Roger Taylor).

It was issued as a single in the United States on Freddie Mercury’s 45th birthday, 5 September 1991, and as double A-side single in the UK three months later on 9 December, in the wake of Mercury’s death, with the seminal Queen track “Bohemian Rhapsody”. The single debuted at #1 on the UK Singles Chart, and remained at the top for five weeks. The song was awarded a BRIT Award for “Best Single” in 1992.

“These Are the Days of Our Lives” harks back to similarly themed 1975 Queen song “Love of My Life”, twice using the line “I still love you”. At the end of the song, Mercury simply speaks the words, as he would often do in live versions of “Love of My Life.”